Striking Features to Know About the Latest Microsoft Office 2019 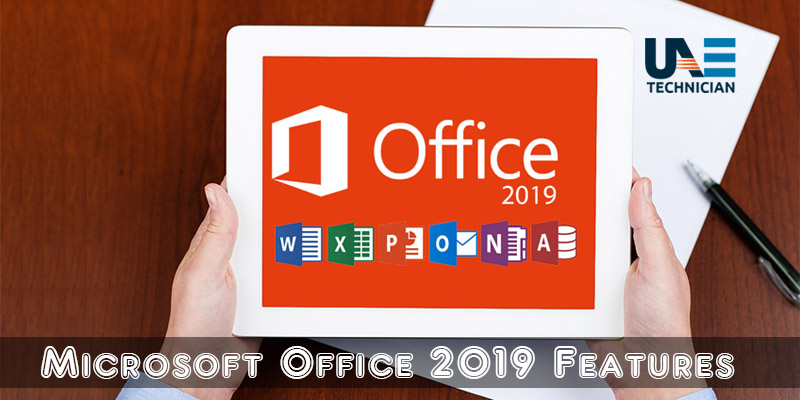 But as expected, Microsoft will be pretty tight-lipped about the Microsoft Office 2019 new features. Though Microsoft has kept suspense about its latest features and it’s difficult to figure them out, rumors had already cropped up regarding its update. If you are curious to know more about the latest version of Microsoft, then read this blog to get the answers to all your questions. You will also get to know about how it is actually different from that of its earlier versions.

Like Microsoft Office 365, the Office 2019 version is just another version of the Microsoft Office software suite. In order to access it, you just need to purchase the software and use it unlimited without paying an annual subscription fee. By doing so, you get the license to use it only on a single PC but if you want to use it on a tablet, a Smartphone or on another PC, then a subscription to Office 365 is required. There is no doubt that this new release will replace the 2016 version of Word, Excel, etc.

Though the recent version of Office, i.e. Microsoft Office 2019 is not launched yet, some of the specific features are revealed which have raised confusion among the customers. Let’s take a look at some of the premium differences among the older and the latest version of Microsoft Office. Unlike Office 355, Microsoft Office 2019 is a one-time purchase. Thus, once you purchase it, you will not get any feature updates on this. Regardless of this, you will get quality updates and standard security but you won’t be able to see any added new tools or functionalities.

For those users and customers who are still not ready to move to the cloud for getting access to new tools and functionalities, for them, this perpetual software is a good one. However, many of the features which people are expecting from Microsoft Office 2019 will be offered via Office 365.

What New Can Be Seen in Microsoft Office 2019?

• Data Analysis will be More Powerful

Excel stands in the supreme position in terms of data management and analysis. But the Office 2019 version of Microsoft plans to make it more powerful with lots of additional features such as new charts, new formulas, etc. Apart from these, customers are expecting some more advancements in its specifications like enhancements for PowerQuery and PowerPivot and the ability to publish from Excel to Microsoft’s own business analytics service, Power BI. So, for those whose favorite Microsoft Office suite is Excel, these anticipated features will surprise them and make it more preferable for the users.

For Microsoft Surface users, the digital pen is one of the favorite tools, which not only allows them to note and draw but also allows to doodle directly onto the device’s screen. Microsoft Office 2019 new features will also include various new inking capabilities, like pressure sensitivity and tilt effects which will adjust the thickness of the ink depending upon the angle of the pen across the apps. In addition to these, it will also come up with highlighters to roam across different devices and a roaming pencil case, which will help the users to organize and store their favorite pens and pencils.

• Email Management Will be Easier

For Outlook users, the release of Microsoft Office 2019 will be an extra advantage as it will possess several new features to deal with the hassles and headaches related to email management. According to the little revelation made by software giant Microsoft, the newer version of Microsoft, i.e., Microsoft Office 2019 will include things like focused inbox, Office 365 groups, travel package cards, and updated contact cards. However, Microsoft hopes that these additional and useful features might help the users to manage their email much more effectively and efficiently.

• The Presentation Features Will be Much More Advanced

PowerPoint is considered one of the most commonly-used presentation solutions available and thus used by millions of users worldwide for making various sorts of professional and education related presentations. The users prefer it because they find it advanced due to the availability of tech-savvy options like Prezi, etc. Thus, to maintain its consistency in this field and for staying relevant, Microsoft planned to incorporate PowerPoint with some latest and advanced presentation features. These features will help the users for creating a more dynamic and sophisticated presentation.

In a recent press release, Microsoft explains that with this recent version of Microsoft Office, they are trying to move the perpetual versions of Office to C2R so that the IT sector can take benefit from its modern deployment technology for improving security and reducing costs. The customers are eagerly waiting for its release as an official announcement for the date of release has not been made till now. But undoubtedly, there are lots of people who are pretty excited about Microsoft Office 2019 new features and they are eagerly waiting for its release. To know more, you can contact our team of UAE Technician for efficient Office support.

How to Eliminate the Outlook Error Code 0x800ccc0f From Your System?